Many workers are being forced to make career-changing decisions. They shouldn’t have to

HomeLatest PostMany workers are being forced to make career-changing decisions. They shouldn’t have to

About a month ago, an internal letter from Apple employees was made public by The Verge. It was a response to a company decision announced by Tim Cook informing workers that they would soon be required to go back to the office at least three days a week.

Among other things, the letter, which was signed by over 2800 employees, stated the following.

For many of us at Apple, we have succeeded not despite working from home, but in large part because of being able to work outside the office. The last year has felt like we have truly been able to do the best work of our lives for the first time, unconstrained by the challenges that daily commutes to offices and in-person co-located offices themselves inevitably impose; all while still being able to take better care of ourselves and the people around us. (…) We understand that inertia is real, and that change is difficult to achieve. The pandemic forcing us to work from home has given us a unique opportunity. Most of the change has already happened, remote/location-flexible work is currently the “new normal,” we just need to make sure we make the best of it now.

If you read this blog (Hey! You are doing it right now) you know that I have been talking about this for a while, but still, I am positively being amazed by this letter, not because of the specific and very acceptable request of Apple employees, but because of the way they quickly adapted to a new way of working, ultimately preferring to adopt a home office system then go back to what’s objectively one of the most important and prestigious offices in the world.

Not only that, but the phrase “We understand that inertia is real, and that change is difficult to achieve.” Must have been a hard pill to swallow for a company that promotes itself like a model of innovation and adaptability. Don’t get me wrong, inertia is clearly real, and changes, real changes, take time, effort, and cooperation from both sides.

This “new normal” may be new, but it’s certainly not normal yet, right about now, the whole thing is more circumstantial than normal. The battle for a real remote workforce will start the day after the pandemic ends and working from home becomes a choice rather than a need.

Apple´s case is an important one for many reasons. One of them is that they are a company that creates models that other companies mimic. Another reason is that right about now, Apple stands in the middle of the argument. While Facebook and Twitter had already announced that employees will be able to request fully remote positions, other more conservative tech companies are implementing hybrid methods that end up being a patch between what employees want and what CEOs and boards would like.

home instead of just going to their billon dollar headquarters where they can play video games, enjoy free lunches, and even take their pets and babies. The truth is, it has nothing to do with infrastructure and everything to do with the realization that work AND life can coexist in equilibrium.

For once, many employees were able to spend time with their kids, adopt a pet, learn a craft, take on a hobby, sit down with their family and talk about their day without looking at their phones, work with their pajamas on. There is probably no rec room that can compete with any of that.

In fact, many employees are already planning to quit their jobs if they force them to go back to the old 9 to 5 schedule. This is a choice no one should be forced to make, especially if they proved how good their work can be when they do not have to commute for two hours to get to their desk.

We should take note of the fight of Apple employees, because it will happen in many work environments, and both workers and managers should be ready to debate what’s the best way to move forward. 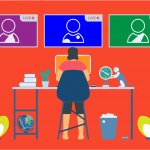 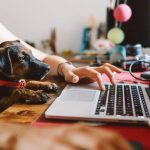